News Ticker
As a new upcoming music artist, writer and producer Giulio4 is already dominating the Orlando mixtape scene. With the launch of his first mixtape in November 20XX the city rapidly showed interest in Giuilo4’s creative ability to collaborate beats and lyrics of his own. Giulio4’s musical talent and high demand has opened doors quickly allowing him to successfully debut his first single from “Unreasonable Doubt 2 ” entitled  “Balmainz”.
With launching his second mixtape Giulio4 is now working on branding his ideas and theories by way of music to help individuals like himself realize their full potential in leaving a legacy behind. Unreasonable Doubt 2 will creatively challenge top billboard artist in his talent.
Click here to stream or download Giulio4 – Unreasonable Doubt 2 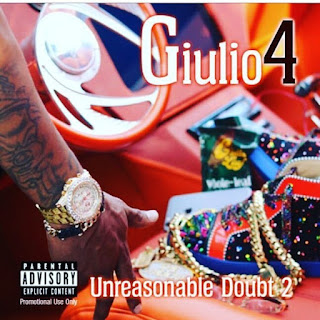 First official single off upcoming mixtape “It Feels Good Outside”. Short Bio: Straight out of Dallas Texas, this talented emcee has amazing lyrical ability on the mic and still manages to keep that chill vibe […]

Something new from SKillz..

Focus The Truth linking with Tony Yayo on this jawn is the least of your problems. The visuals for “Northside To Southside” ‘stars’ QueenzFlip… and the titties are out. Bwaaaahahaaaa! Nah, but seriously… Dope! Focus [...]