Son of Rev-Run you could say you are destined for greatness, but Jo-Jo knocks off that saying. In 2009 Diggy came crashing the scene with his freestyle over Nas’ Made You Look then with his mixtape “The First Flight”.

He was signed to Atlantic Records on March 22, 2010. In August 2010, Diggy launched his sneaker line “Chivalrous Culture”. On August 20, 2010 a song called “Oh Yeah!” with Lupe Fiasco & Pharrell was released from his mixtape “Airborne”, which dropped on September 10th.

The only reason he would not make moves in 2011 would be because of Atlantic Records.

Mississippi born 24 year Big K.R.I.T.(King Remembered In Time) has been dropping mixtapes since 2005, but recently gained some buzz with K.R.I.T. Wuz Here.

Also the same month (June) that Big K.R.I.T. dropped the mixtape he was signed to Def Jam records. He has been seen on Curren$y’s & Wiz Khalifa’s latest projects. Just last month he co-headlined The Smoker’s Club Tour with Curren$y and Smoke DZA. On the 2nd of this month K.R.I.T. dropped his latest project
Before There Wuz Here which explains his classic Wuz Here project. Expect his next project The Return of Forever to be here soon.

Here is one of my favorite quotes about Big K.R.I.T. to explain him…

As a rapper, K.R.I.T. is unshowy and almost soft-spoken at times, but his voice always sticks to the beat, and he renders images of Mississippi poverty with a sense of empathy.

You may have known him as Prynce back in ’08 when he was signed to Konvict or when he accepted a sub-label deal with Def Jam Records in February 2009. Maybe it was when he was pushing Go Outside as his street anthem. You may remember talks of The Hardway Musical back then when he was transitioning into CyHi Da Prynce. The album has yet to be released, but only due to G.O.O.D. cause. CyHi has been busy running around with his G.O.O.D label mates making tracks like So Appalled. In October CyHi showed us a little more of what he has been cooking up on “Royal Flush“.

Oh if you didn’t know “So Appalled” will be featured on Kanye’s upcoming album, My Beautiful Dark Twisted Fantasy. Not so bad huh? Whether it is his personality, significant lyrics or quality music…CyHi has a huge buzz and has been setting himself above the new-comers in the game. 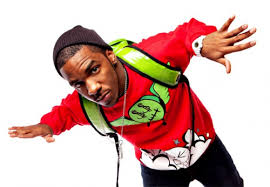 When I say Wichita, KS the first thing you’d think of wouldn’t be the next hottest rapper, I’m sure. Well, now it’s time to change that with XV on the scene. He’ll be the one to tell you he has KS on his back too. XV started to catch buzz during his “40 Days & 40 Nights” series. XV released a new song every morning and night for 40 days, 80 tracks total, as a project for his blog. Next up in July ’09 XV released Everybody’s Nobody along side of DJ Enuff & DJ Benzi. This project was enough for XV to be on last year’s list, but like most other I felt he needed to make one more step before getting there…He made several in 2010. He dropped the highly successful & popular projects 30 Minute Layover & Vizzy Zone.

If them project weren’t enough convincing for you…In mid-summer during preparation of his tour with Chiddy Bang & Donnis, XV signed a contract with Warner Bros. Records. His anticipated debut album The Kid With The Green Backpack is set to drop in 2011. Catch up with Vizzy at VizzyZone and if you haven’t heard him check out his Best So Far…V is For Vizzy. 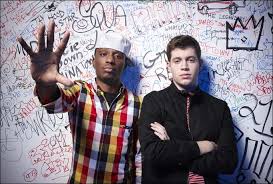 The alternative hip hop band out Philadelphia have made 2010 one hell of a year. In case you did not know Chiddy Bang consists of Chiddy (on the mic) and Xaphoon Jones (on the sampled beats). We first heard of Chiddy Bang on PrettyMuchAmazing which lead to their debut mixtape (in 2009) “The Swelly Express”. The compilation describes the journey of two kids from Philadelphia who finally meet the music industry “big-wigs” in New York City. After their success of the tape they signed a deal with EMI in early 2010.
Chiddy Bang has been on their tour grind for the most part of this year including dropping two projects, Air Swell & their album placeholder “The Preview”. “The Preview” was dropped in October due to their album “The Swelly Life” being pushed back into next year. It was a big success in Aus & UK, with 76th place on US Billboard. I’d expect much more success with “The Swelly Life” in 2011. 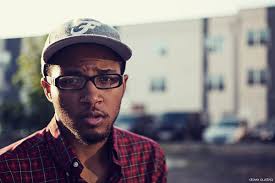 When you see the name Gilbere Forte, I’m sure the first thing you think of is alors on danse which featured Kanye West. It all started in Flint, Michigan on July 14, 1987 rapper/producer Gilbere Forte’ (pronounced jil-bear) began his journey. Following his parents separation at an early age, Gilbere headed to Chicago with his mother for several years before making Philadelphia his home in 1999. What started when he was 12 (as at which he started to write) really began in 2009, Gilbere formalized his relationship with Raak. The two busily began preparing Gilbere’s debut. This February, in conjunction with streetwear brand Black Scale, their work made its debut in the form of a widely recognized mixtape sampler Gilbere Forte is BLVCK. The release has successfully solidified Gilbere as a strong voice not to be ignored. With his 87 Dreams release and momentum buzzing, Gilbere is promising to “change lives, moods, and vibes.” 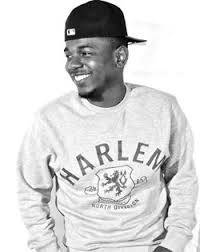 Formerly known as K. Dot, the rapper has been on his grind, alongside Jay Rock and Top Dawg Entertainment, to place an end to the fake and present fans with “Human Music” that only real people with real lives can come to appreciate. As he stated in an interview “I represent Compton, California, that’s my birthplace That’s me on the music, off the music. That’s me, I’m life, I’m everything that my city breathes.”
With his change of radio aimed music to real life music came (emotional) tracks out of his archive on Kendrick Lamar Lp on the Dec. 31st 2009.

Because of how good his self titled project is, O.D. was one of the most anticipated projects of 2010. O.verly D.edicated was dropped on Sept. 15 and has been a huge success from his listeners stand point. Be on the look out in 2011 for Kendrick Lamar to get some mainstream buzz and even if he doesn’t he is one of the best emcees of our time. 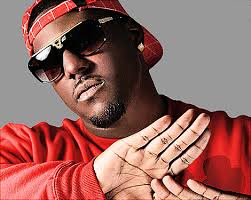 Cleveland born rapper, Chip tha Ripper, has obtained a significant following through hip-hop blogs and frequent appearances on mixtapes. Much of Chip Tha Ripper’s recent work has been done alongside fellow Ohio native and rapper Kid Cudi. Chip had been around before Cudi, but was overlooked for using a slow, chopped ‘n’ screwed Texas style that was popular in 2007. Chip’s most recent work that was received with open arms was The Cleveland Show, 27 tracks long. Chip was featured on producer Hi-Tek’s first industry album, Hi-Teknology 3 in 2007; and on Kid Cudi’s first mixtape, “A Kid Named Cudi” in 2008. He was featured on Kid Cudi’s albums “Man on the Moon: The End of Day” and “Man on the Moon II: The Legend of Mr. Rager”. Currently Chip is producing his new album “Gift Raps” entirely produced by Chuck Inglish from The Cool Kids set to release in early 2011, and is working on a collaboration album titled “The Almighty GloryUS” with Kid Cudi.

Honestly I have been saving this as my surprise pick. Clarence Montgomery III is a born storyteller, Tre possess a razor sharp flow and a knack for witty rhymes on the mic. The Liquor Store Mascot dropped a killer with that mixtape back in ’09 (before that was GoodBye America in ’08). Then he hit us with (i’m saying a classic project)The Last Call on Aug. 30th, which happens to be the same date I got to meet him personally and watch him and B.o.B wreck the building. You’ve also heard him and B.o.B.’s – Bet I Bust. You will surely see more of him next year.

I held votes on KanyeToThe & Twitter for the last day entry…but I thought I’d flip it a little because I was getting votes like Yelawolf (which I can agree with), Lil B, and some others not worthy. I did not list either of these 2 last year for the reason I didn’t think they would really BLOW UP mainstream wise in 2011, both made huge moves in 2010 though. All of you know these two by now, and the rest of the world will soon.

Welcome to the first edition of Saturday’s Spotlight. Saturdays are no longer spent refreshing blog after blog pages to come up empty handed with no new music. “As Hip Hop attempts to regain its definition, fans have already defined it with Southern California trio, Pac Div. The group consists of brothers, Like and Mibbs, along with longtime friend BeYoung. […]” […]

Sydney In Theory has been theorizing for quite a while now, but I promise you this project will be well worth the wait. Check out some artwork for the project below along with the latest leak “Waiting Game” ft No Regard. After the download is Doomsday Do It Alls & This Is Where I Stand visuals. Within this post you will receive audio pleasure with visuals you’ll have loved to experienced. […]

TSaturday’s will now be used to spotlight the grind and hustle of an artist. Saturday Spotlight will be a combination of (but not limited to) background information, a short interview, an exclusive freestyle, press release of work, and contact information. […]

Maaannnn! Strobe and Essex. Unstoppable! Here they are with their heater, “Outstanding.” It seems like they could’ve hit us with this banger the other today…because it’s still as DOPE as it ever was! Repping The Bean [...]